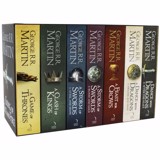 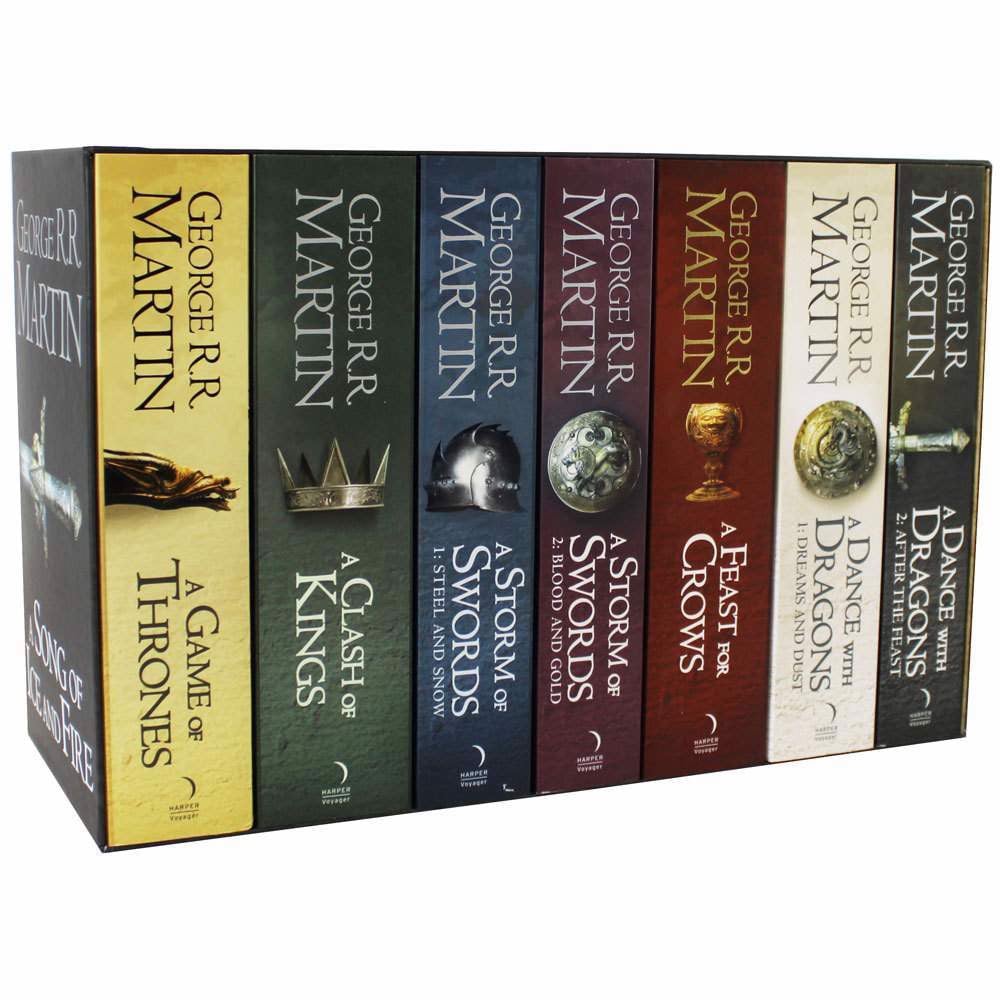 A Song of Ice and Fire: The Story Continues, 6 Vol

George R.R. Martin's A Song of Ice and Fire is the greatest fantasy epic of the modern age, and is now available in a collectible box set. Now a major Sky Atlantic TV series from HBO, featuring a stellar cast. George R.R. Martin's A Song of Ice and Fire series has set the benchmark for contemporary epic fantasy. Labelled by Time magazine as one of the top 100 most influential people in the world, Martin has conjured a world as complex and vibrant as that of J.R.R. Tolkien's, populated by a huge cast of fascinating, complex characters, and boasting a history that stretches back twelve thousand years. Three great storylines weave through the books, charting the civil war for control of the Seven Kingdoms; the defence of the towering Wall of ice in the uttermost north against the unearthly threat of the Others; and across the Narrow Sea the rise to power of Daenerys Targaryen and the last live dragons in the world. The HBO adaption of A Game of Thrones is currently airing worldwide. The box set includes: A GAME OF THRONES A CLASH OF KINGS A STORM OF SWORDS, 1: STEEL AND SNOW A STORM OF SWORDS, 2: BLOOD AND GOLD A FEAST FOR CROWS A DANCE WITH DRAGONS

The Field to Supergraphics : Graphics in the Urban Environment_Sean Adams_9780500021347_Thames & Hudson Ltd