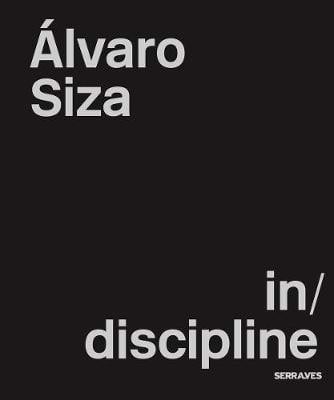 The essential survey on Pritzker Prize-winning architect Alvaro Siza's restless creativity, in 30 projects over the past 60 years

Once, on the inner flap of one of his sketchbooks, Pritzker Prize-winning Portuguese architect and educator Alvaro Siza (born 1933) described himself and his work with self-deprecating disavowal. Rather than identifying his discipline as architecture, he identified it as "as little as possible." This confessional note is the point of departure for Alvaro Siza: (In)Discipline, a retrospective survey that highlights the currents of disquiet and insubordination within the renowned architect's creative method and production, surveying Siza's design process through a selection of 30 of his projects, built and unbuilt, spanning more than six decades. The publication starts with Siza's first works in Matonsinhos--the Four Dwellings in Matosinhos (1957), the Boa Nova Tea House (1963) and the Ocean Swimming Pool in Leça da Palmeira, Portugal (1973)--and includes recently completed work and projects under construction, including the Mimesis Museum in South Korea (2009), the Church in Saint-Jacques-de-la-Lande, France (2018) and the Residential Tower in New York (ongoing), his first project in the US.