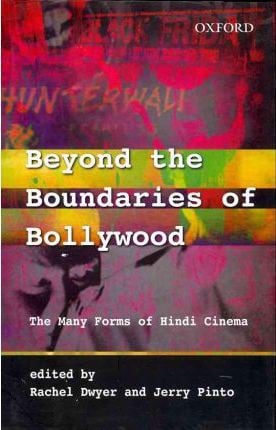 Beyond the Boundaries of Bollywood : The Many Forms of Hindi Cinema

Surveying the field since the mid-1990s, this book looks at Hindi cinema which lies beyond Bollywood. While the first part includes seven essays by established scholars and film critics, in the second part we have a series of interviews of individuals connected with the film industry in India.
Looking at the many meanings of 'Bollywood', the essays bring together themes and ideas which are essential to understanding the history of Indian cinema. They deal with Hindi cinema that predates Bollywood, as well as cinema which is made once Bollywood emerges but is not part of it and the culture which stretches beyond cinema. Interesting sidelights are thrown on cinema in Bombay in the 1920s, the transition to sound in Bombay cinema, horror films, etc. Conducted by Jerry Pinto, the
interviews bring to life the changing world of the contemporary Hindi cinema that is developing its own niche, ranging from separate production wings of major companies, to its own directors, stars, and distribution circuits. They bring out strategies, ideas, and reflections on the current situation from key
figures who lie at the heart of these changes: from the revolution in DVD pricing and the effect on filmmaking to the development of 'hatke' cinema and the role of film festivals in the shaping of popular culture.