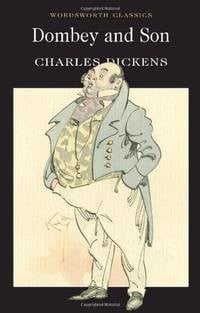 With an Introduction and Notes by Karl Ashley Smith, University of St Andrews.

Mr Dombey is a man obsessed with his firm. His son is groomed from birth to take his place within it, despite his visionary eccentricity and declining health. But Dombey also has a daughter, whose unfailing love for her father goes unreturned. 'Girls' said Mr Dombey, 'have nothing to do with Dombey and Son'.

When Walter Gay, a young clerk in her father's office, rescues her from a bewildering experience in the streets of London, his unforgettable friends believe he is well on his way to receiving her hand in marriage and inheriting the company. It is to be a very different type of story.

Dombey and Son moved grown men to tears (Thackeray despaired of `writing against such power as this'), but its rich, comic characters and their joyful explosions of language draw laughter with equally unerring magic.
show less