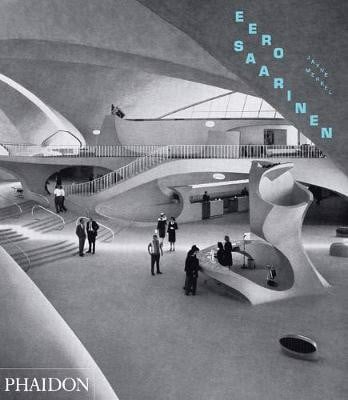 For more than half a century people have marveled at the sweeping forms of the Trans World Airlines terminal at John F. Kennedy Airport in New York, lined up to enter the St. Louis Gateway Arch, and admired the mid-century modern lines of Knoll's Womb and Tulip chairs. Yet few outside the architecture profession can name the designer of these wide-ranging projects: the Finnish-American architect Eero Saarinen (1910-1961). Saarinen made the cover of TIME magazine in 1956, heralded as a key practitioner of postwar modernism. He counted among his clients several of the world's most powerful corporations and educational institutions (among them General Motors, IBM, Yale University and the Massachusetts Institute of Technology), and pioneered the development of new materials and building technologies. Yet in the decades following his death, interest in his work waned and much of his archive became difficult to access

This highly anticipated monograph is the first major publication on Eero Saarinen since the early 1960s and fills a significant gap in Saarinen scholarship. Written in an accessible, journalistic style, it will be of interest to architects and students as well as general readers interested in the significant figures of twentieth-century modernism