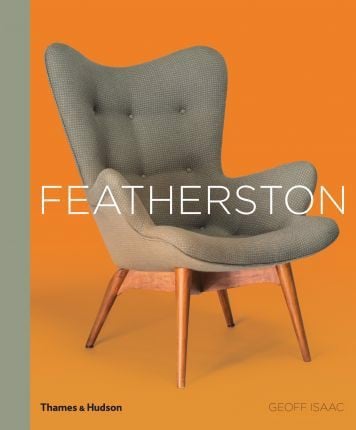 This is the first book to celebrate the life and work of Grant Featherston (1922-1995), the Melbourne-based industrial designer most well known for his Contour chairs. This collection was designed and developed in the early 1950s and remains highly sought after by mid-century collectors in Australia and overseas - often fetching $10,000 or more at auction.

Featherston, later joined by his second wife, Mary, designed hundreds of chairs over the next 30 years; however, this astonishing Australian industrial design partnership has gone largely uncelebrated until now. Featherston focuses on the chairs produced between 1947 and 1975 and presents a new biography of the designer, drawn from archival research and interviews with his peers. It is extensively illustrated with over 250 beautiful photographs and includes a selection from the previously unpublished personal achieve of Ian Howard, the former Managing Director of Melbourne-based manufacturer Aristoc.