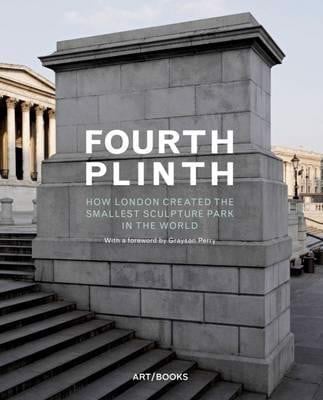 The vacant plinth in the north-west corner of London's Trafalgar Square has provoked controversy for generations. Originally intended to hold an equestrian statue of William IV, it remained empty because of a lack of funds. For a century and half, debate over the plinth's fate raged until 1998, when it was decided to use the spot as a site of temporary commissions of contemporary art by leading artists.
A marble statue of a heavily pregnant disabled artist, a scale model of Nelson's HMS Victory with African print sails inside a huge bottle and a giant cockerel in striking blue are just some of the controversial and political art works that have added a modern and provocative element to the famous square. International artists of the likes of Antony Gormley, Hans Haacke, Rachel Whiteread, Mark Wallinger, Yinka Shonibare and Elmgreen and Dragset are among those to have been selected to create a work for the space. The results have divided opinion across the capital and beyond, prompting debate not only about the merits of each commission but also about the value of art in the public realm.
This book tells the story of the ongoing Fourth Plinth program from its inception to the very latest commission, David Shrigley's "Really Good," to be unveiled in September 2016. Individual chapters present the background and genesis of each work, with behind-the-scenes views of the fabrication, contributions from some of the many individuals involved in the projects, including the artists, and in situ shots of all the installed works. And just as every commission reflects varied aspects of London's past and present as a global capital, the book, too, celebrates the impact of contemporary art on the vibrant, creative and multi-cultured city that it is today--one that has created the smallest but the most-talked-about sculpture park in the world.