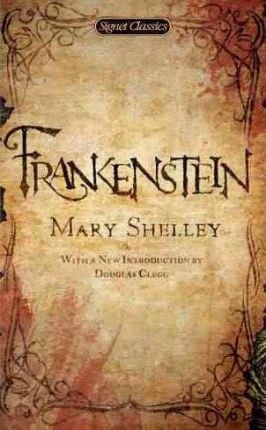 200 years after it was first published, Mary Shelley's Frankenstein has stood the test of time as a gothic masterpiece--a classic work of humanity and horror that blurs the line between man and monster... The story of Victor Frankenstein and the monstrous creature he created has held readers spellbound ever since it was published two centuries ago. On the surface, it is a novel of tense and steadily mounting horror; but on a more profound level, it offers searching illumination of the human condition in its portrayal of a scientist who oversteps the bounds of conscience, and of a monster brought to life in an alien world, ever more desperately attempting to escape the torture of his solitude. A novel of hallucinatory intensity, Frankenstein represents one of the most striking flowerings of the Romantic imagination. With an Introduction by Douglas Clegg
And an Afterword by Harold Bloom.