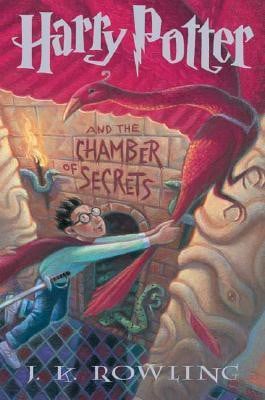 Harry Potter and the Chamber

In one of the most hotly anticipated sequel in memory, J.K. Rowling takes up where she left off with Harry's second year at the Hogwarts School of Witchcraft and Wizardry. Old friends and new torments abound, including a spirit named Moaning Myrtle who haunts the girls' bathroom, an outrageously conceited professor, Gilderoy Lockheart, and a mysterious force that turns Hogwarts students to stone.