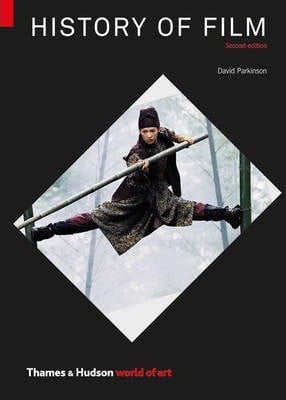 In this lively and up-to-date analysis of the history of film, David Parkinson traces the evolution of the moving image from the earliest shadow shows to the digital film-making of the 21st century. Engaging text is supplemented by 156 illustrations to give a stimulating account of both aesthetic and technical changes in film since its invention. A new final chapter maps developments in form and technology across the world from the mid-1990s to today, examining experiments in three-dimensionality, the revival of animation and the democratization of film-making following the digital revolution. Well-known films such as Slumdog Millionaire, House of Flying Daggers and the Lord of the Rings trilogy are considered alongside lesser-known releases, placing each film within the broader context of cinematic history. Alongside the film trends in the US, UK, France and Germany, Parkinson highlights the best work to have emerged globally, from Poland and the Czech Republic to Iran and Israel, from India and South Africa to China, Korea, Mexico and New Zealand. With a fully updated glossary and bibliography, History of Film continues to be the definitive survey of this most dynamic and popular art form.