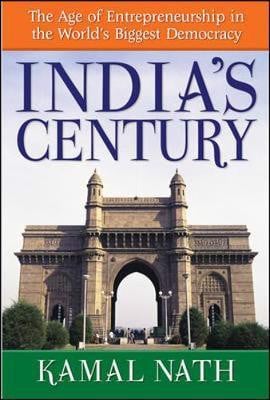 India's Century: The Age of Entrepreneurship in the World's Biggest Democracy

In a short time, India has proven itself a major economic power, generating billions for its citizens and for the international community. How did India become a global market mover? And just as important, how can the Western world tap into the vast resources of commerce that India has, mine its phenomenal growth potential in a wide array of industries, and create a profitable relationship with the world's largest democracy?

Few authors are as qualified to answer those questions as Kamal Nath. Known at home and throughout the world as the face of twenty-first century India, as well as a major architect of India's reform, Mr. Nath has spent his entire professional life within the corridors of power, helping to shape the policies that have catapulted his nation to world prominence.

In India's Century, Mr. Nath goes beyond the "flatworld" view to reveal the roots of the Indian economic miracle. With a compelling blend of economic analysis, political insight, and cultural observation, he traces his nation's emergence from colonial rule in 1947 through four decades of planned economies, the gradual liberalization of India's economy in the 1990s, and finally, the rise of the Indian global giant.

Nath also explores his people's unique can-do attitude (also known as jugaad) and the ages-old entrepreneurial spirit that is once again free to express itself at every level of Indian society. Along the way Minister Nath provides understanding for businesspeople and world policy makers attemptattempting to formulate strategies for forging a mutually beneficial engagement with India in the twentyfirst century.

India's Century is must reading for business strategists, public policy makers, and every thoughtful reader who wishes to understand more about the world's largest, most vibrant democracy and the role it is likely to play on the global stage in the years ahead.