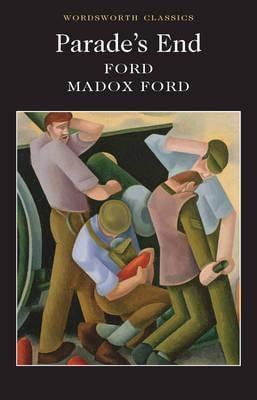 Parade's End is the great British war novel and Ford Madox
Ford's major achievement as a novelist. Originally published as four
linked novels between 1924 and 1928, it follows the story of
Christopher Tietjens, as his life is shattered by his wife's
infidelities and overturned by the mud, blood and destruction of the
First World War.