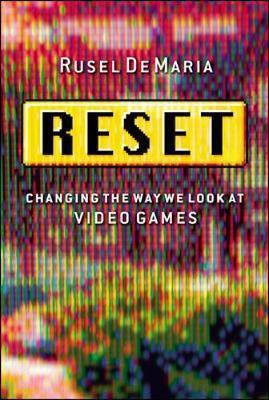 Video games have been a source of controversy in the media almost since their invention. At best, these digital diversions are thought of as trivial, childish obsessions. At worst, they are attacked as violent, antisocial, corrupting, and dangerous to our youth. But as Rusel DeMaria shows, video games may represent one of the most powerful learning technologies ever invented. He turns the controversy on its head and shows the positive potential of the much-maligned video game to inspire, motivate, and teach. DeMaria delves deeply into the realities of the gaming world, analyzing both the business forces driving game development and the unique qualities that distinguish video games from all other popular media. Drawing on the latest research on play and learning, he explains that it is precisely these qualities--a combination DeMaria calls the "magic edge"--that make video games such potentially powerful tools. He shows how games can be designed to integrate content that educates, inspires, motivates, and empowers players--even as they lure them in with their drama and thrill them with special effects--and offers numerous examples of popular games that do just that. He even offers a primer to help curious non-gamers begin to explore the gaming world and discover the positive potential of games for themselves. DeMaria presents video games in a new light and details many of the ways they can facilitate learning. Because millions of people are playing games all around the world, we owe it to ourselves to utilize their positive power to spark imaginations and make learning fun for our own kids and for gamers around the world.