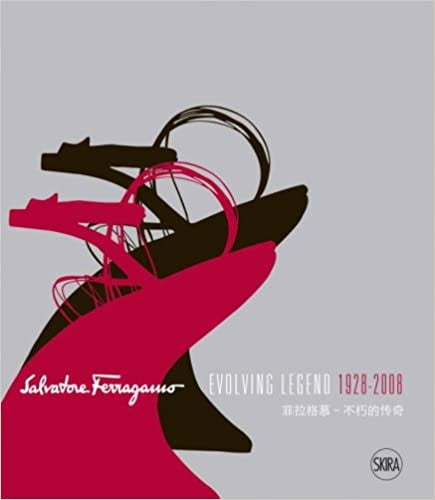 The company Salvatore Ferragamo Italia S.p.A., founded in 1927 by designer Salvatore Ferragamo, is a luxury brand with more than 450 stores in over 55 countries. It sells footwear, handbags and small leather goods, scarves and ties, men’s and women’s ready-to-wear, bijoux, watches, fragrances and eyewear. Salvatore Ferragamo made the name famous in California, first in Santa Barbara and then in Hollywood, creating footwear for the most beautiful women in the world—the "divas" of emerging American cinema. This book is also the catalogue of an exhibition that took place at the Shanghai Museum of Contemporary Art (29 March–7 May 2008) to celebrate the eighty-year anniversary of the company. Photographs, sketches, and drawings explore design processes and showcase shoes, handbags, and accessories—a magnificent selection of fashion works embodying social and cultural changes over time.