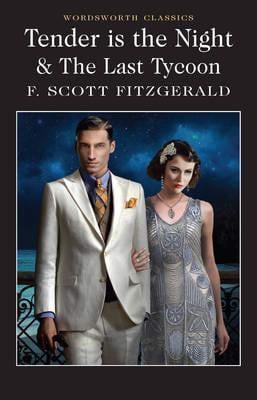 Tender is the Night / The Last Tycoon

Tender is the Night is a story set in the hedonistic high society of Europe during the `Roaring Twenties'. A wealthy schizophrenic, Nicole Warren, falls in love with Dick Diver - her psychiatrist. The resulting saga of the Divers' troubled marriage, and their circle of friends, includes a cast of aristocratic and beautiful people, unhappy love affairs, a duel, incest, and the problems inherent in the possession of great wealth. Despite cataloguing a maelstrom of interpersonal conflict, Tender is the Night has a poignancy and warmth that springs from the quality of Fitzgerald's writing and the tragic personal experiences on which the novel is based.


Six years separate Tender is the Night and The Last Tycoon, the novel Fitzgerald left unfinished at his death in December 1940. Fitzgerald lived in Hollywood more or less continuously from July 1937 until his death, and a novel about the film industry at the height of 'the studio system' centred on the working life of a top producer was begun in 1939. Even in its incomplete state The Last Tycoon remains the greatest American novel about Hollywood and contains some of Fitzgerald's most brilliant writing.