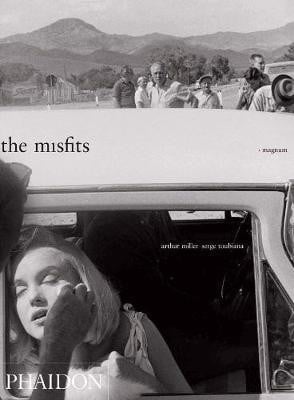 This book tells the story of the making of the legendary film The Misfits (1961), directed by John Huston and starring Marilyn Monroe, Clark Gable and Montgomery Clift.

As part of the promotional strategy for the film, The Magnum photographic agency was given the exclusive right to take photographs during the shooting. Eight of its most famous photographers covered the production, both on and off the set.

Two hundred of their pictures are reproduced in The Misfits in rich duotone, providing both a fascinating documentary of the making of a film and an intimate portrait of three of the most famous film stars of all time.

The photographs are accompanied by an essay recounting the tragic and triumphant story of the film and an interview with Arthur Miller, husband of Marilyn Monroe and writer of the movie.