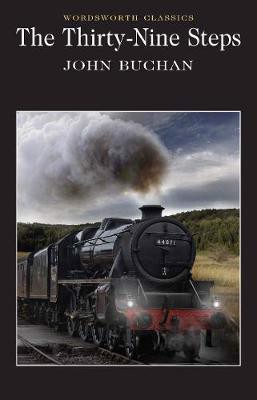 Richard Hannay finds a corpse in his flat, and becomes involved in a plot by spies to precipitate war and subvert British naval power. The resourceful victim of a manhunt, he is pursued by both the police and the ruthless conspirators.


The Thirty-Nine Steps is a seminal `chase' thriller, rapid and vivid. It has been widely influential and frequently dramatised: the film directed by Alfred Hitchcock became a screen classic. This engaging novel also provides insights into the inter-action of patriotism, fear and prejudice.