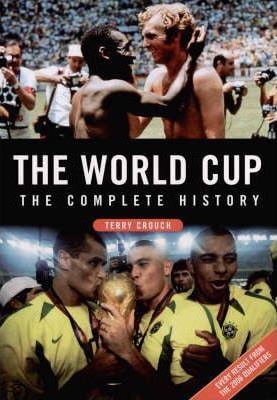 The World Cup: The Complete History

Four years ago, the first edition of Aurum's World cup history was a commercial success: the first book into the market, to give a truly encyclopaedic guide to the premier football tournament. Now it is republished in a fully updated edition in good time for the finals of 2006. The book is notable for its remarkable comprehensiveness. It features: a separate chapter for every competition; every single result of every match; every single player in every team; and a detailed round-up of the entire progress of each tournament. For this new edition there is a completely new chapter on the 2002 competition, and also a further section detailing all the results in the qualifying phase for the 2006 tournament. With 2006 marking the 40th anniversary of England's historic World Cup victory, there will be massive interest in the tournament. There could be no more comprehensive and reasonably-priced companion to it for any armchair viewer.