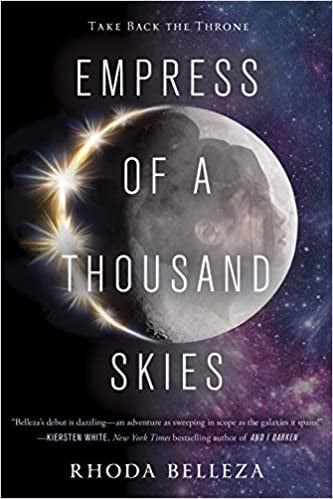 Empress of a Thousand Skies

For fans of Pierce Brown and Firefly comes an epic sci-fi fantasy, hailed as "an important and relevant novel" by The New York Times.

Empress
Rhee, also known as Crown Princess Rhiannon Ta’an, is the sole surviving heir to a powerful dynasty. She’ll stop at nothing to avenge her family and claim her throne.

Fugitive
Aly has risen above his war refugee origins to find fame as the dashing star of a DroneVision show. But when he’s falsely accused of killing Rhee, he's forced to prove his innocence to save his reputation – and his life.

Madman
With planets on the brink of war, Rhee and Aly must confront a ruthless evil that threatens the fate of the entire galaxy.

Rhoda Belleza crafts a powerful saga of vengeance, warfare, and the true meaning of legacy in this exhilarating debut, perfect for readers of Marissa Meyer's Lunar Chronicles and Jay Kristoff and Amie Kaufman's Illuminae Files. 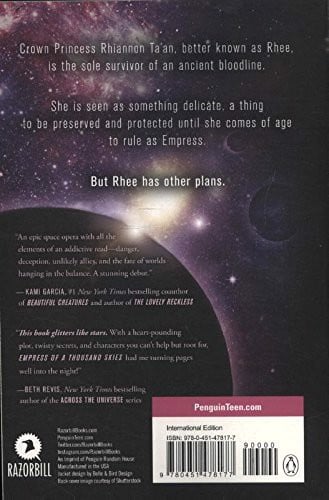