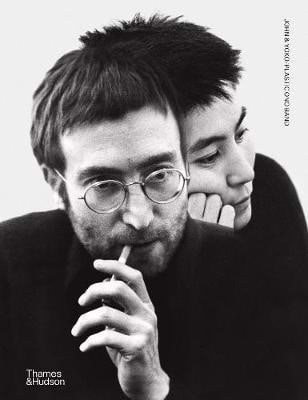 Described by Lennon as 'the best thing I've ever done', and widely regarded by critics as his best solo album, John Lennon/Plastic Ono Band was released alongside the remarkable Yoko Ono/Plastic Ono Band on 11 December 1970. With first-hand commentary by John & Yoko, members of the Plastic Ono Band and other key figures in their lives, and packed with evocative and revealing letters, artworks and photographs, this incisive volume offers new insights into the raw emotions and open mindset of Lennon after marriage to Ono and the break-up of the Beatles.

Following their wedding in March 1969, Lennon and Ono decided that their future musical endeavours should be credited to a conceptual vehicle, the Plastic Ono Band. The band featured an ever-changing line-up of musicians, including Eric Clapton, Klaus Voormann, Ringo Starr, Alan White, George Harrison, Billy Preston and Jim Keltner, all of whom played live with Lennon and Ono, and contributed to their recordings. The fearless honesty that John & Yoko inspired in one another in their search for truth, meaning and peace had a huge impact on Lennon's song writing, resulting in the creation of tracks that are intensely personal and unlike anything previously heard in popular music, including 'Mother', 'Working Class Hero' and 'God'. This book takes those lyrics as a starting point and explores Lennon's life, relationships and world view during this transformative period.