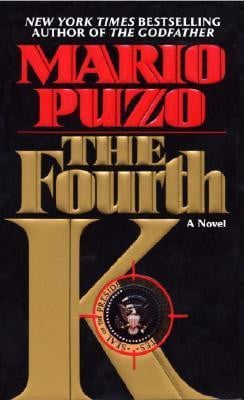 A PRESIDENTIAL DYNASTY. AN ARAB TERRORIST ATTACK. DEMOCRACY UNDER SIEGE. Mario Puzo envisioned it all in his eerily prescient 1991 novel, The Fourth K. President Francis Xavier Kennedy is elected to office, in large part, thanks to the legacy of his forebears- good looks, privilege, wealth-and is the very embodiment of youthful optimism. Too soon, however, he is beaten down by the political process and, disabused of his ideals, he becomes a leader totally unlike what he has been before. When his daughter becomes a pawn in a brutal terrorist plot, Kennedy, who has obsessively kept alive the memory of his uncles' assassinations, activates all his power to retaliate in a series of violent measures. As the explosive events unfold, the world and those closest to him look on with both awe and horror.