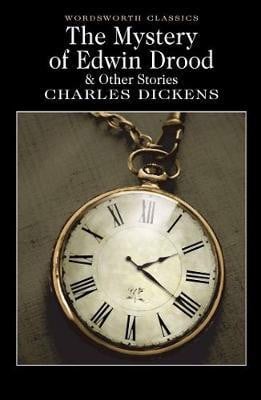 The Mystery of Edwin Drood

With an Introduction and Notes by Peter Preston, University of Nottingham.


Dickens's final novel, left unfinished at his death, is a tale of mystery whose fast-paced action takes place in an ancient cathedral city and in some of the darkest places in nineteenth-century London. Drugs, sexual obsession, colonial adventuring and puzzles about identity are among the novel's themes. At the centre of the plot lie the baffling disappearance of Edwin Drood and the many explanations of his whereabouts. A sombre and menacing atmosphere, a fascinating range of characters and Dickens's usual superb command of language combine to make this an exciting and tantalising story.


Also included in this volume are a number of unjustly neglected stories and sketches, with subjects as different as murder and guilt and childhood romance. This unusual selection illustrates Dickens's immense creativity and versatility.